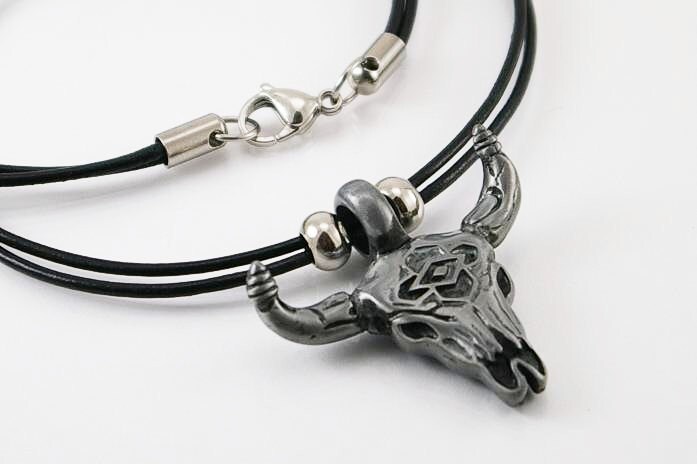 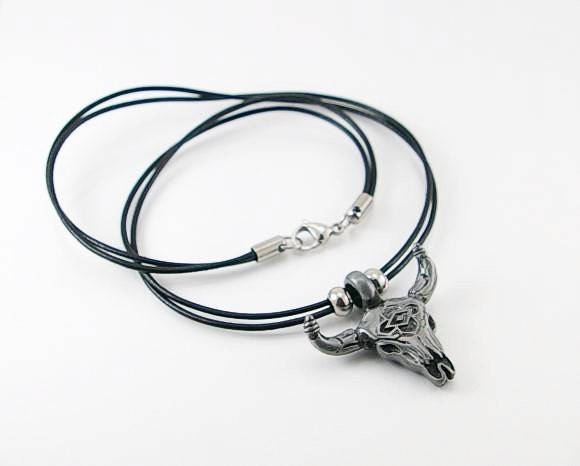 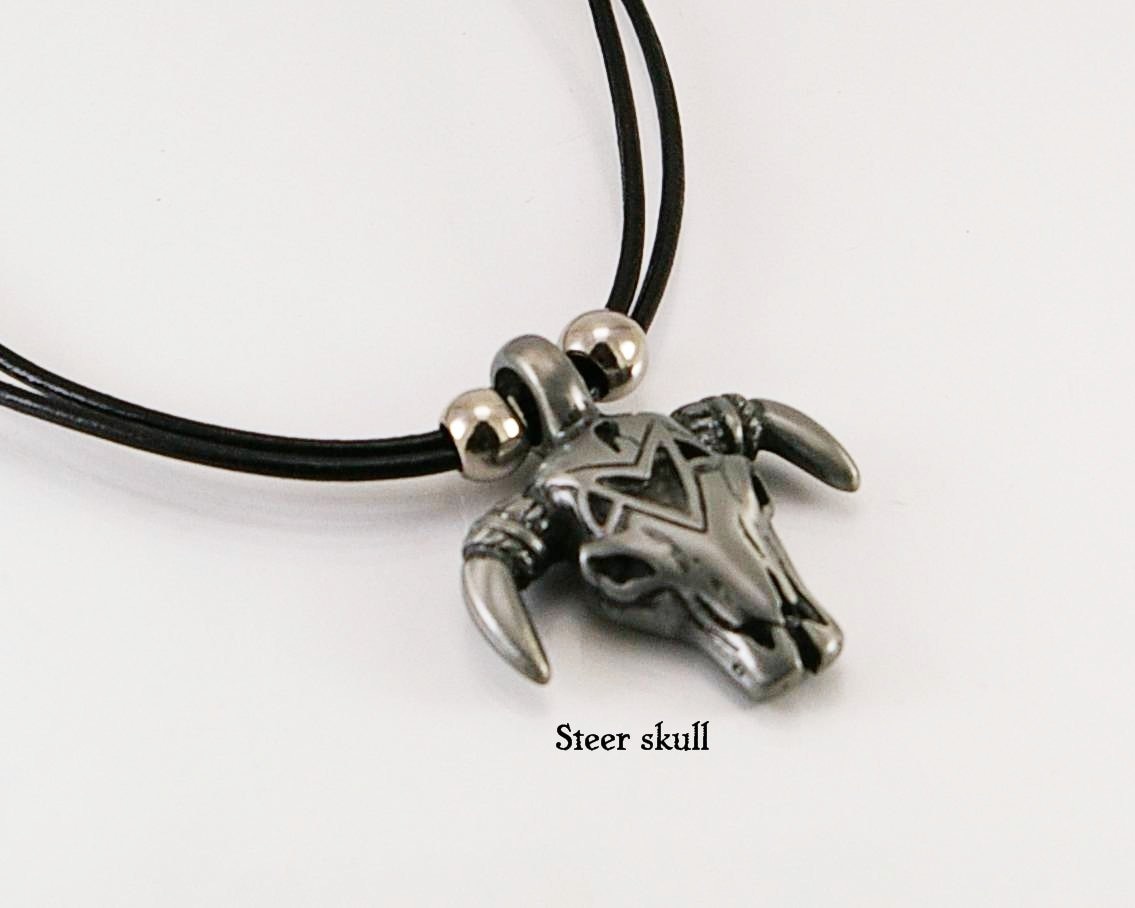 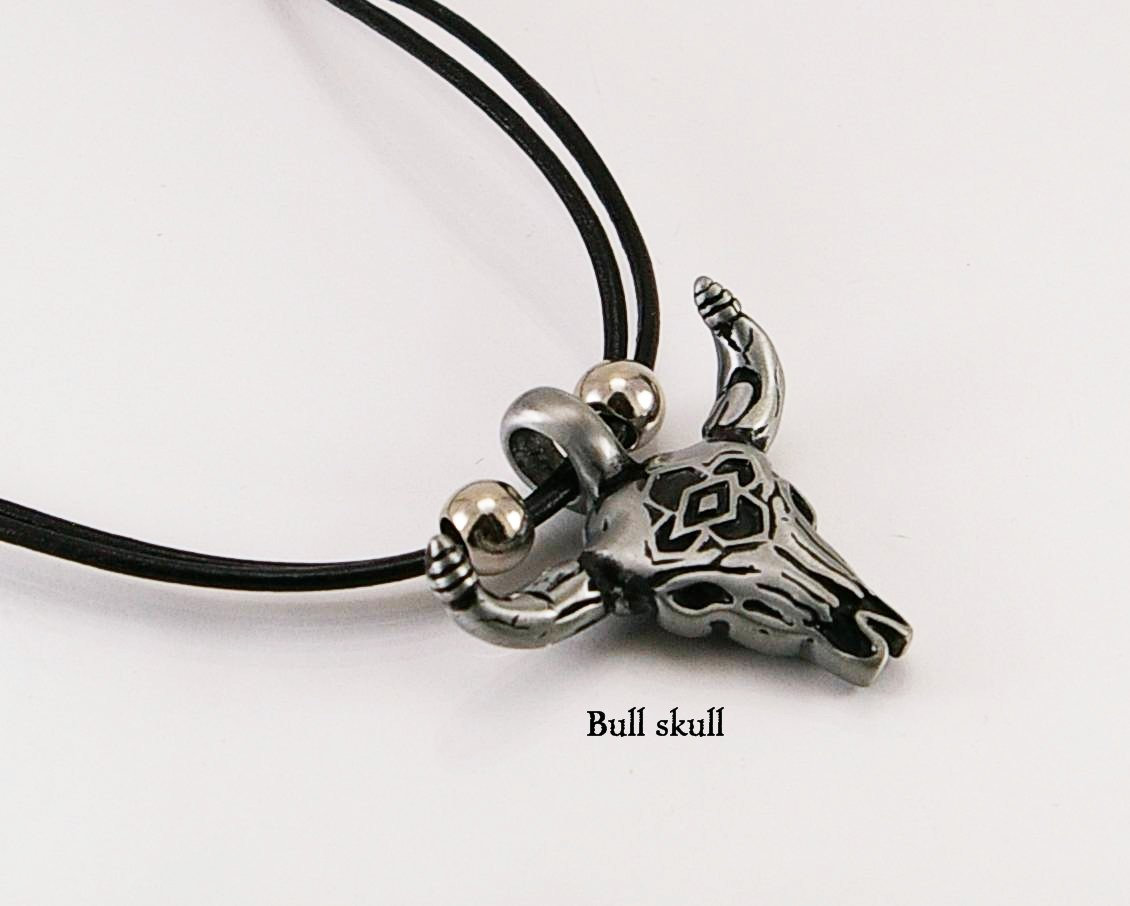 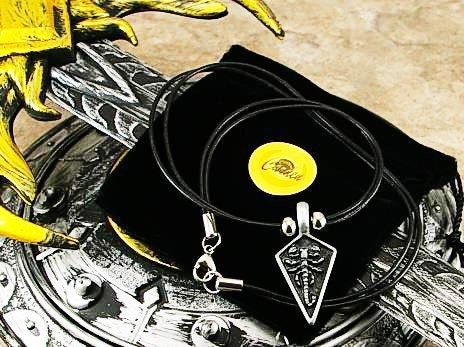 Clasp is in stainless steel and lobster type.

Because of its virility, power and regal presence, the bull has been an icon for worship in many ancient cultures. The bull was considered a sacred animal in ancient Mesopotamia, Greece, Rome and Egypt to name a few. It is common to see the bull offered as a blood sacrifice in these cultures.

In Celtic symbolism the bull represented physical strength and power. To the Celtic way of thought, the bull was also extremely virile, and so symbolized fertility and the power to procreate - to extend the life of the clans. Druids associated the bull with solar energy and the female cow with earth energy. The bull was also symbolic of great luxury, wealth and provision by later Celts. Indeed, cattle were a source of income and supply in many forms - a way of life for the Celts for centuries.

I'll do my best to meet these shipping estimates, but can't guarantee them. Actual delivery time will depend on the shipping method you choose.

I gladly accept returns and exchanges

Ship items back to me within: 30 days of delivery

But please contact me if you have any problems with your order.

The following items can't be returned or exchanged

Because of the nature of these items, unless they arrive damaged or defective, I can't accept returns for:

All of necklace, chain and bracelet are mesure from tip to tip.


How to get your bracelet size

Step 1: Measure your wrist with measuring tape or piece of paper juste below the wrist bone, where you would wear your bracelet.

Step 2: If you are using paper, mark your size with a pen on it and the measure that paper strip with a ruler. That is your wrist size.

Step 3: To find your bracelet size, just add your wrist size to the sizes below depending on how you would like it to fit our wrist.

Comfortable fit: Add ¾” to 1” to your wrist size

All order comes with a full care instructions flyer.

All order is packed in bubble type enveloppe to insure good protection and jewelry comes in velvet pouch, gift box or jewelry box.

0 items in your cart